Published by Dimaty - March 05, 2019
Recently, the disclosure of software source codes has become widespread. No small role in this was played by the current concept of "openness" of Microsoft. Let's see what is Open Source and what is its appeal.

Firstly, it’s needed to say a few words about the "closed source code". Such software is usually called proprietary. This means that according to law only the authors of the code can change, copy and distribute it. This is the majority of software. 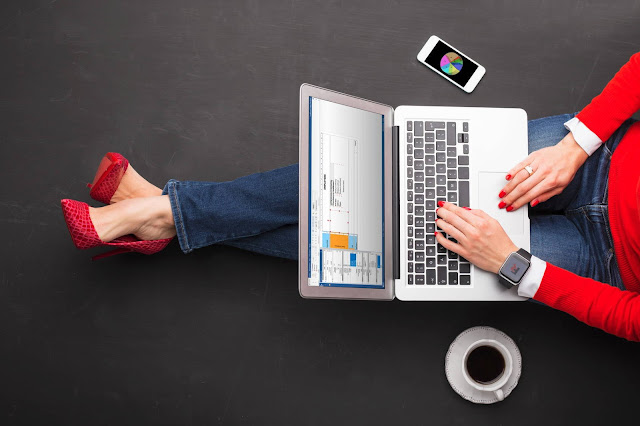 Only a small part of the software is open source. As a rule, these projects are developed by the whole community. Often this software is not optimized, has lots of errors and vague documentation.

However, there is a completely different open source software - products developed by commercial companies. A striking example is the Microsoft ASP .NET Core framework. This software is almost no way inferior to commercial products. After all, it was developed according to all principles of software design by a team of highly qualified specialists, tested and constantly maintained. Recently, more and more similar projects appear in GitHub - the worldwide source code repository.

It is necessary to pay special attention to the licenses. Even for open source software, you need to take license. And licenses can be different. For example, some licenses require when using source codes in their software, also to place the source codes of their application in the public domain, without charging for them. Another type of license does not prohibit charging for its software based on open source. In general, you need to be careful with open source and still have to read the license agreement.

Some licenses allow you to modify the source code in order to improve it. This way the project develops and attracts other developers who can share their experience and get a new one. Thus mutually beneficial cooperation is obtained.

So why do more and more people prefer open source software?

First, it is stable. Commercial products can complete their life cycle at any time. As soon as it is no longer supported, you will have to look for a replacement, migrate to a new software. In the case of open source, this will never happen. The source is always with you, and even after the project is closed, you will be able to use and develop it by yourself.

Secondly, it is secure. Having the source code, you can always control the program: fix bugs yourself, make sure that the program does not pose a threat to data security.

Thirdly, it allows you to earn. If the license allows, you can create your own software product based on open source and make money from it. Even if you don’t make money from the code itself, you can earn money from its support - refinement of the functional for individual requirements.

Fourth, it gives you experience. By participating in open source projects, you can enhance your experience and developer reputation. That is why many novice programmers seek to participate in such projects. More experienced developers can check your code and make recommendations for improvements.

Now let’s get back to the topic of the article. First of all, let’s recall FastReport .NET. This is a fairly well-known report generator under Microsoft Visual Studio, especially popular in the CIS countries.
However, recently it is gaining popularity in Germany. Yes, it has enough competitors, but this only contributes to the development of the product.

So, FastReport .NET is a set of libraries and components for MS Visual Studio, designed to create reports, edit them and save reports to various document formats. In addition, there is support for web reports on the ASP .NET WebForms and MVC platform. FastReport .NET is famous for its rich assortment of exports, which are constantly being improved. Literally, each new version is not complete without export updates. And if FastReport .NET seems to have reached its “perfection”, you need to move somewhere further. And FastReport.Core appears.
The success of FastReport in the direction of ASP .NET MVC allowed porting it to the .Net Core platform. Users can access web reports with the ability to quickly export to 26 formats, print, as well as an online report designer (editor).

By the way, the online report editor thing is generally extremely rare. Few of the report generators developers will bother to make an online editor. These are mostly downloadable applications. You can buy a single FastReport.NET license and edit reports “by the whole world”. And you do not need Windows. In general, all the advantages of FastReport .NET in terms of web reports flowed into FastReport Core.

And, as we all know, the .NET Core is an open source project. What do you think, a paid report generator in an open source framework will be popular? Even although FastReport provides source codes when purchasing the Enterprise version, this is not all what open source fans want.
Therefore, the next logical step was the emergence of FastReport Open Source, or rather FastReport Core Open Source. Now you can absolutely legally use the sources of FastReport Core. If you had any Wishlist programs that were not implemented by the developers of FastReport, now you can implement them by yourself. Thus, FastReports has made us a great present at its anniversary year (20 years).
You know, that nothing can be perfect?

And now, I suggest to test it and write your opinion in the comments.