1)      Welcome form. The first thing you will see when launching a designer is a form of greeting. In FastReport.Community, a background image with a neutral plot was added from above. The difference from the usual designer is that the font of the title and the picture will immediately be noticeable to those who previously worked with FastReport.Net. Not canonically somehow.

A regular designer does not have a background image, there is just a red background: 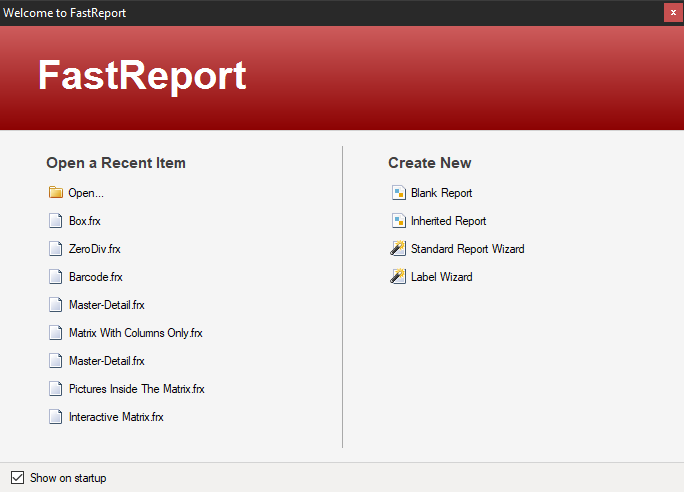 2)      Localization. At the moment, FastReport.Community provides us with only English localization of the program interface. For many of us, this can be a significant disadvantage. 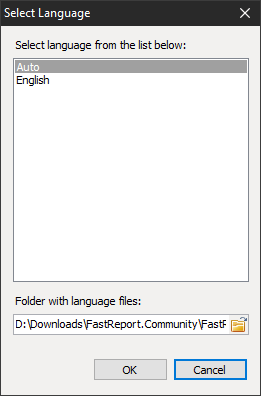 But it is not as bad as it seems to be. There is one life hack. Download demo version of FastReport.Net and install. Find the folder Localization in the directory of the installed program. Copy it to your FastReport.Community directory. You can also copy the FastReport.xml file from there, so that tooltips for menu items and toolbars appear in the object inspector.
Now open the menu File-> Select Language. 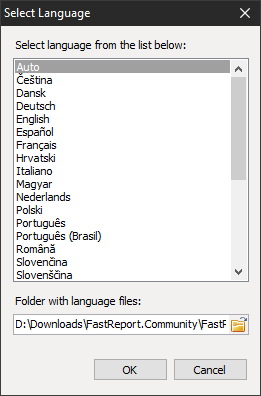 In the opened window, select the Localization folder, and get a full range of localizations
3)      Menu. The community version has an outdated view menu and toolbar.

In principle, both styles are quite comfortable, you get used to any of them quickly. So I would not attribute only one design style to the cons of Community version.
4)      Components. To create a report, we use controls (components, controls), which FastReport has always been plenty of. And what is offered to us in the Community version? Let's compare with the standard designer. On the left is a list of FastReport.Net controls, and on the right is FastReport.Community:

5)      Preview Mode / Viewer.
A report viewer is also included with the designer - the Viewer. In fact, this is the same as the preview mode in the report designer. Therefore, we further consider both of them.
So, along with the reduced number of controls, in the preview mode, we see an almost empty list of exports:

Only the format of a pre-prepared report and export to an image are available. Oh, but everything began so well ... It's sad, but we cannot export to any popular formats. That is, the Community poses solely as a report designer. For comparison, the list of exports of the standard report designer FastReport.Net: 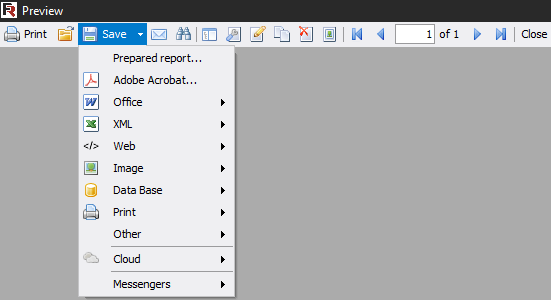 Summary
FastReport.Community is a free lite version of the report designer FastReport.Net. It is intended solely for the development of reports and does not allow them to be exported to popular formats and printed. Note that reports created in a standard designer using components that are not in the Community will not work.