How to install FastReport Open Source


Most recently, FastReport Open Source has appeared. In essence, this is the same FastReport.Core, but with open source. In terms of functionality, the difference is only in the range of exports. In the open version, exports are available only in such formats: HTML, BMP, PNG, JPEG, GIF, TIFF, EMF.
But we will not go into the details of the product description, this is a topic for a separate article. And now we will look at how to install FastReport Open Source.
There are two formal installation methods, but a third one can be distinguished, although it essentially repeats the second:
1) From the NuGet package manager;
2) From the git repository;
3) Build in a local folder.
Consider installation methods in more details:
• The first method is NuGet.
The latest builds of the FastReport.OpenSource packages are already placed in the nuget.org repository. Find and install the FastReport.OpenSource and FastReport.OpenSource.Web packages.

• The second method is installing from the Git repository.
To do this, you must have Git and the latest version of .Net Core SDK installed. (https://www.microsoft.com/net/download): 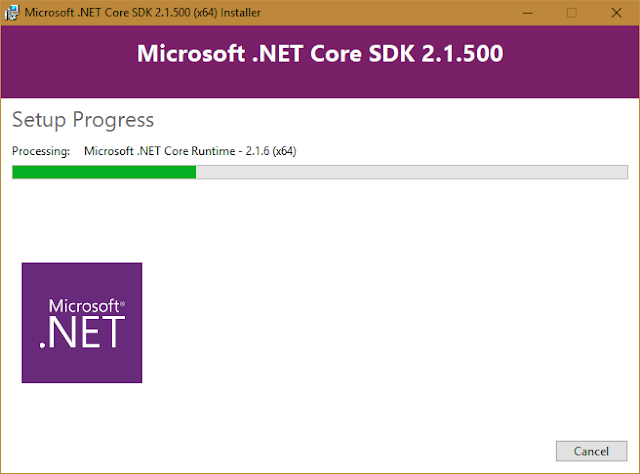 Next, copy the repository using the Git Bash console. To do this, enter the command:
git clone https://github.com/FastReports/FastReport.git 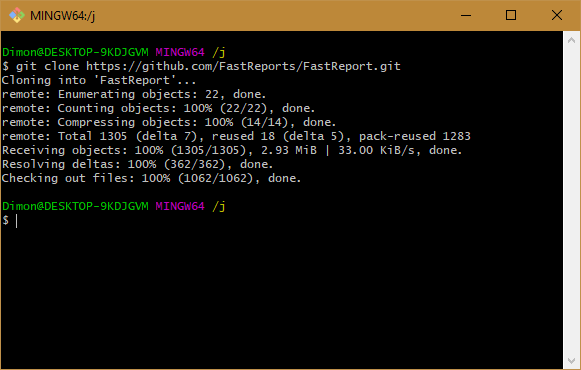 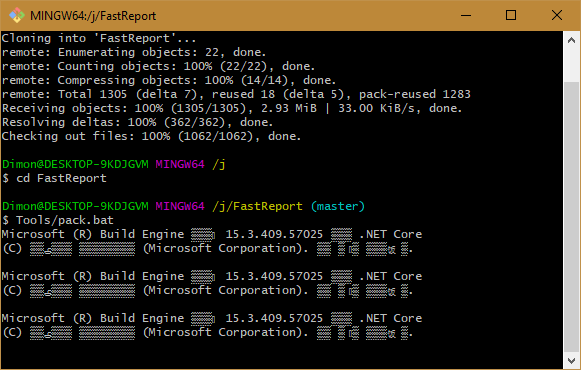 We will need to wait for half a minute: 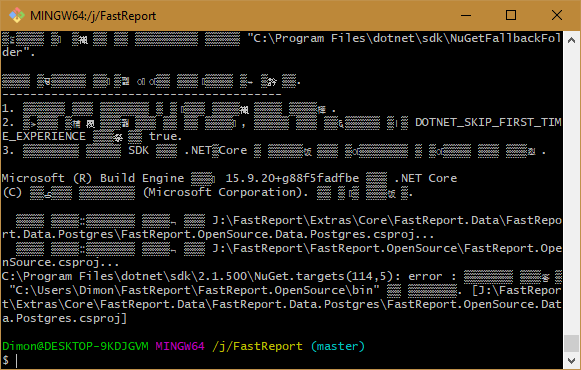 The first command clones a project from a web repository. The second one moves to the created repository. And the third - runs the project building script. As a result, we will get the fr_nuget folder located in the same directory as the FastReport repository. In the folder we can see the assembled NuGet packages: 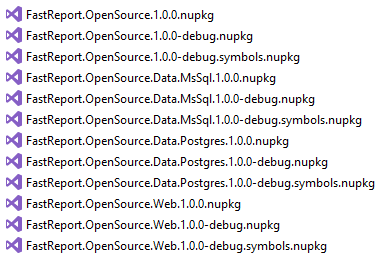 To add libraries to a project, you need to configure a local source of NuGet packages. In your ASP .Net Core project we open the NuGet package manager. In the upper right corner of the manager there is a settings button: 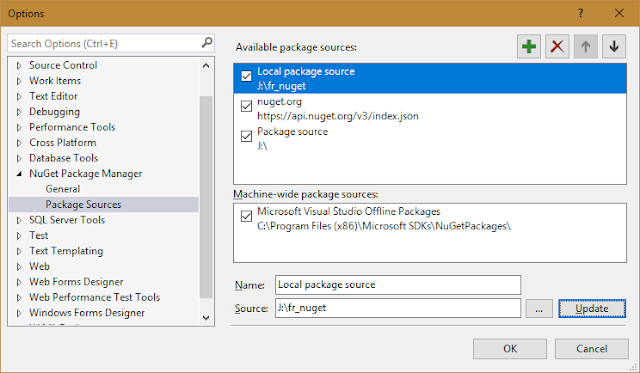 Set the path to the fr_nuget folder for the Local package source. Click Update and OK.

Select the source package Local package source in the drop-down list in the upper right. And also select the Browse tab in the upper left. If you do not need libraries to work with MySql and Postgres, then install the two packages FastReport.OpenSource and FastReport.OpenSource.Web.
If you want to build packages under Linux, then the procedure is the same as above, and the commands are as follows:
git clone https://github.com/FastReports/FastReport.git
cd FastReport
chmod 777 Tools/pack.sh && ./Tools/pack.sh
• Well, the third way is to download the project from github as an archive. 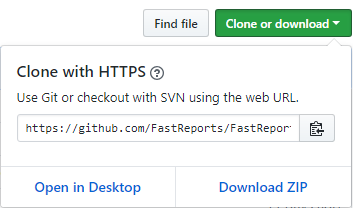 Extract the archive to the desired folder. And run the file pack.bat from the Tools folder. The result will be the same as in the method above.
Briefly speaking, nothing complicated. If you are going to modify the source code yourself, then the first way to install packages is no longer required.